My new book of tanka-prose and haibun,  Earthbound,

is now available on Amazon.    Also available as eBook. 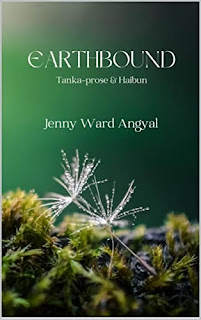 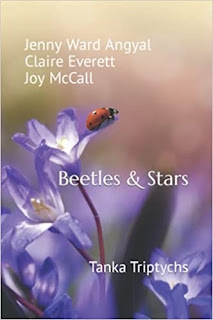 A volume of 99 collaborative tanka triptychs,  now available on Amazon. 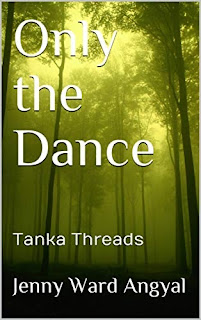 My new chapbook, Only the Dance, is now available on Amazon.

of my mother’s victory garden

in another sort of war

The Judges' Comments:
In five concise lines, this tanka addresses the harshness of this plague year while resisting the temptation to be maudlin. The result is a poem that conveys the everydayness of the struggle to survive Covid-19 in a powerfully understated way. Comparing a contemporary pandemic garden to a World War II victory garden underscores the historical similarities and differences between both times, while sensory details summarized by “parsnips/browned in butter” and the use of alliteration point to a simple act of survival that, despite everything, imbues the poem with an underlying sense of hopefulness. —Margaret Dornaus
The use of the expression “plague-year” crystallizes the horror of this unprecedented crisis, juxtaposed with a seemingly everyday and homely experience. When the poet’s mother planted her victory garden, there would have been just as much uncertainty as we feel now—yet still there was hope—the stuff that binds us together. The parsnip’s extensive root system, which holds it in the sustaining earth, makes this an even stronger image. The fact that the “Forces Sweetheart” Vera Lynn died during the Covid-19 pandemic makes this tanka all the more bittersweet. —Claire Everett
No comments:

Tanka in Under the Basho

I'm pleased to announce that I will be editing the new Tanka Section of the journal Under the Basho.
Submissions for the 2020 issue are open until Nov. 15. You can read the submission guidelines here. 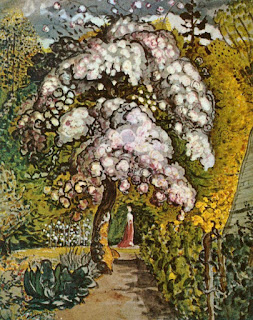 Email ThisBlogThis!Share to TwitterShare to FacebookShare to Pinterest
Labels: announcement

Judge's comments by David Terelinck: Deforestation is having an enormous impact upon our planet and ecosystems. Trees produce oxygen, capture CO2, provide wildlife habitats, and prevent soil erosion. And there is the mental health benefit of time out beneath shading foliage. Yet their value is often treated as insignificant against corporate greed and the commerce of widespread clearing. But there is beauty and hope to be found in this tanka with the broken branch having redbud blossoms on it.
This is a tanka of connection and relationship with the land. The narrator has a bond with their environment. And it is an environment man has helped to create, but not in a positive way. The creek, potentially caused by erosion, echoes through the poet’s veins. Do they feel broken in some way themselves by what is happening? There is an understated ache in this tanka that can be felt in the sensitive narration.
This tanka has a classical s/l/s/l/l/ construction that works well with the subject matter. The contrasting metaphor is strong and fresh, and all emotion is inferred rather than stated. It is highly lyrical on the ear when read aloud due to the strong ‘b’, ‘d’, ‘r’, and ‘c’ consonants.
The poem builds line by line and has a powerful and satisfying close with the narrator being at one with the damaged land. A well-deserved first place tanka.

Judge's comments by David Terelinck: This tanka intrigued me with the monarch preserve (with which I was not familiar) and wings fluttering above a coffin. It led me to Google and reading about the recent murders of two butterfly conservationists associated with the Mexican sanctuary. The two men, aged 44 and 50, were staunch advocates for ecotourism over widespread tree felling. Between 2005 and 2006, 461 hectares in the region were lost to illegal logging. The destruction threatened the world’s largest butterfly migration.
An extremely sad tanka that highlights the devaluing of human life and nature next to commercial logging. There is an inferred echo of the short lives of butterflies next to the early deaths of the two activists. It is a sensitively rendered tanka that made me want to learn more about the subject.

Judge's comments by David Terelinck: Another quality tanka that speaks of the dichotomy between man and nature. How we can be drawn to the same things, but for vastly disparate reasons. This is a tanka that makes us pause and look at nature in different ways. What is life-sustaining for one can be a commercial and advantageous situation for another. 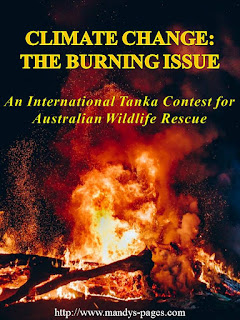 Further comments from Contest Judge David Terelinck:  "You submitted 12 tanka to this competition.  9 of your tanka - 75% - made the long list of 33 poems selected.  A magnificent effort.  From the 9, 3 of those made the short list of 10 poems, and one each placed in the First Place, Highly Commended, and Commended positions. That is a testament to a quality writer. There were no names or identifying criteria on the tanka. I judged on quality alone, without even thinking of the style of individual poets. And the fact you ended up with multiple poems on the shortlist says much about your ability.”

This contest was in aid of Wildlife and Koala Rescue efforts at Port Macquarie Hospital, New South Wales, Australia. Through entry fees and the generosity of donors, a total amount of $1365 AUD ($880.97 USD) was raised.
1 comment:

to keep at bay
the wolfish dreams,
I sleep
with gentle sorrow
cradled in my arms